How Do Chatbots Work? A Brief Introduction with Tovie AI 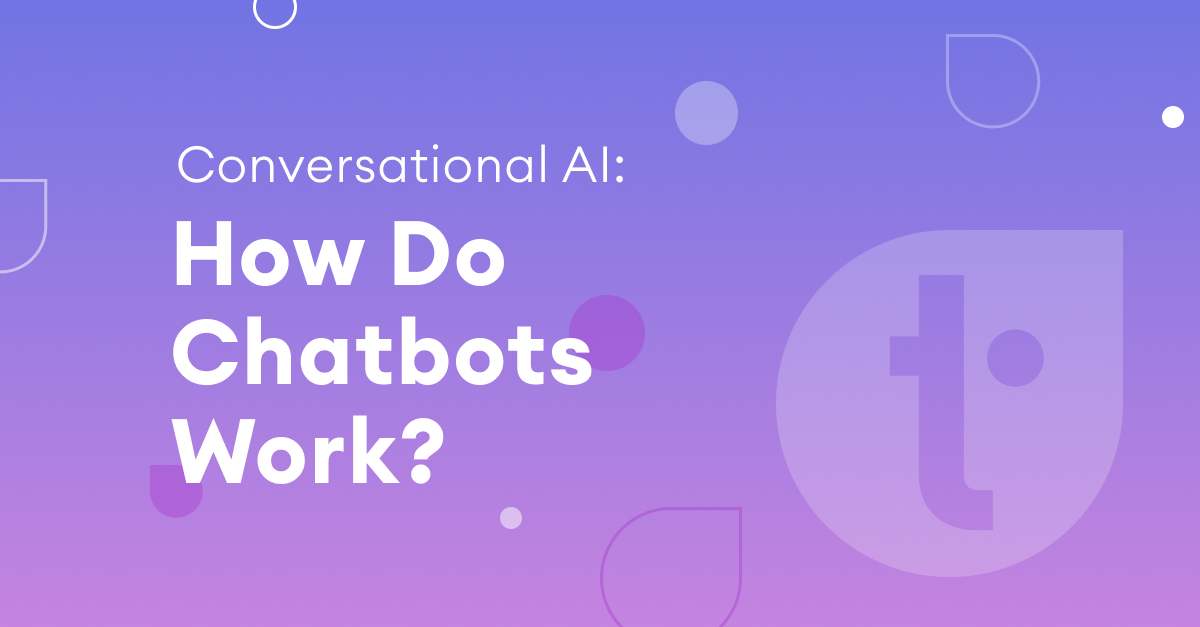 Chatbots are one of the most common and promising tools for businesses in the coming years. A bot is a program that automatically performs an action based on specific intents and algorithms. Customers can communicate with bots using a chat interface or voice, just as they would with a human.

For a long time, researchers have been fascinated by the idea of being able to talk to computers and get answers quickly. Even before the term “chatbot”, they began working on machines that interacted with humans through natural language.

The first chatbots and development systems appeared quite a long time ago. In a nutshell, it all started with Alan Turing in the 50s; the Eliza program in the 60s; linguistics, and machine learning research in the 90s.

ELIZA, the mother of all chatbots, was developed in 1966 at MIT.

It answered some very simple decision tree questions and imitated a conversation using “pattern matching” and substitution techniques, which gave users the illusion of understanding on the part of the bot.

It was inspired by Joseph Weizenbaum’s classic ELIZA program. It is one of the strongest programs of its kind, and it won the Loebner Prize for humanoid talking robots three times, in 2000, 2001, and 2004. The program uses an XML Schema called AIML (Artificial Intelligence Markup Language) for specifying the heuristic conversation rules.

The rise of voice assistants

The next big thing in the conversational AI industry was the advent of voice assistants. Siri was launched in 2010 and set the tone for all other virtual assistants that have appeared in this decade.

This assistant was developed based on Google’s “voice search” feature. It stood out because it could remind the user of events, based on information received via email or calendar.

Alexa can perform many of the standard functions of a virtual assistant. It can also order items from Amazon and control smart devices, making it a home automation system.

These days, the situation in this area has changed noticeably. Due to the development of algorithms that detect semantic similarity and machine learning solutions. This, in turn, has made approaches to text categorisation and NLU model training fast and convenient.

Natural language understanding (NLU) and natural language generation (NLG) are the most promising among them, and these areas have the highest growth rates.

How does a chatbot work?

Chatbots today live on platforms such as Facebook Messenger, WhatsApp, Instagram DMs, Slack, WeChat, or even a website. Like regular apps, chatbots have an application layer, a database, an API, and a conversational user interface.

There are currently three core types of chatbots

A rules-based chatbot uses a tree-like flow to help guests with their queries. Such chatbots guide users through scripted questions to eventually help them find the right answer. The conversation in this case is controlled by a ready-made database of frequently asked questions.

The whole methodology is called the “rules-based approach”. It is based on finding conventionally meaningful particles of phrases, encoding those phrases, and creating a scripting language to create scripted conversations

The latest development mechanisms are complex systems that include

We have to admit, a great deal of conversational solutions based on that system is quite labour-intensive. You’ve got to put a lot of effort into a chatbot to make it communicate on a broad range of topics or to cover a specific discipline with profound knowledge.

Intellectually independent chatbots use machine learning (ML), which helps them learn from data and user queries. This then helps chatbots recognise certain patterns and make decisions with minimal human involvement.

Instead of relying on a predetermined human-designed result, chatbots with artificial intelligence first understand what a question is about.

Therefore, AI chatbots are not suitable for everyone because they require a training period and tend to require more effort to get started. However, once the training period is over, AI bot can become incredibly powerful.

All these bots can be easily build with Tovie DialogStudio