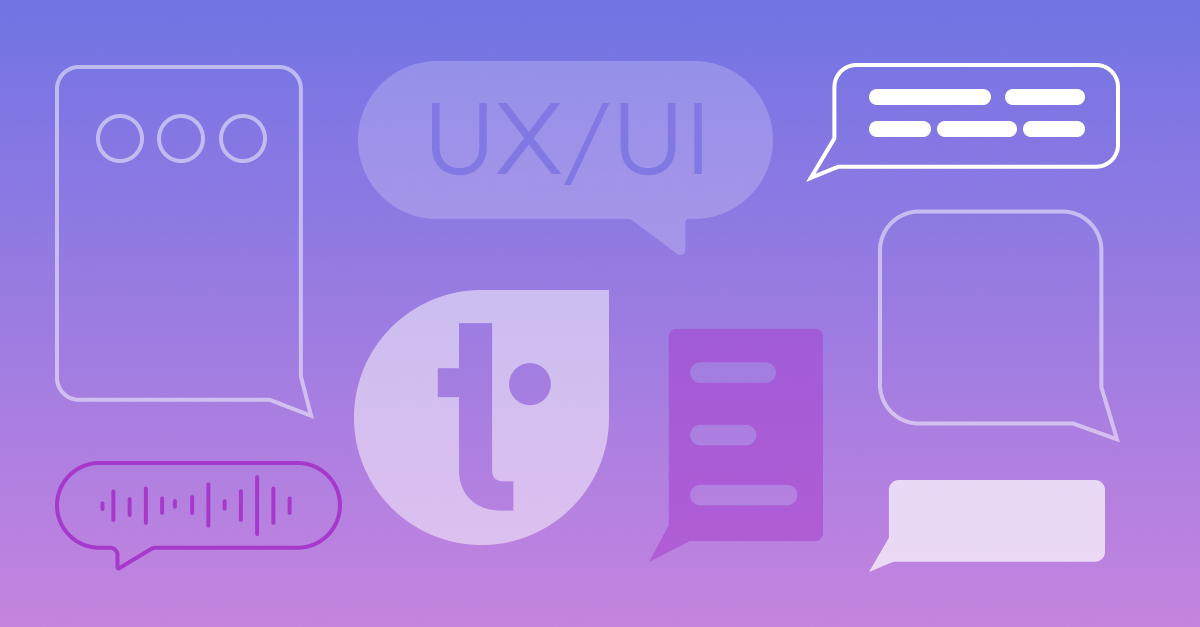 Conversational agents like chatbots and virtual assistants are becoming an integral part of our lives on many different levels. A 2021 study by Voicebot.ai discovered that 60% of marketing experts surveyed thought voice assistants would make a great marketing channel. Many businesses rely on conversational technology to promptly address user queries, grow direct sales, and increase customer loyalty.

Here we’ve put together the most important insights gathered over the years of designing voice assistants and chatbots. We’ll explain how to make conversational services user-friendly and create smooth bot flows, starting from the simplest and gradually moving to the more complex. So, if you’re already familiar with the basics, feel free to move to a more advanced level.

What is UX? As the name suggests, UX — short for user experience — is the way users experience services, systems and products and interact with them. As one might guess, UI — or user interface — is the point of that very interaction. 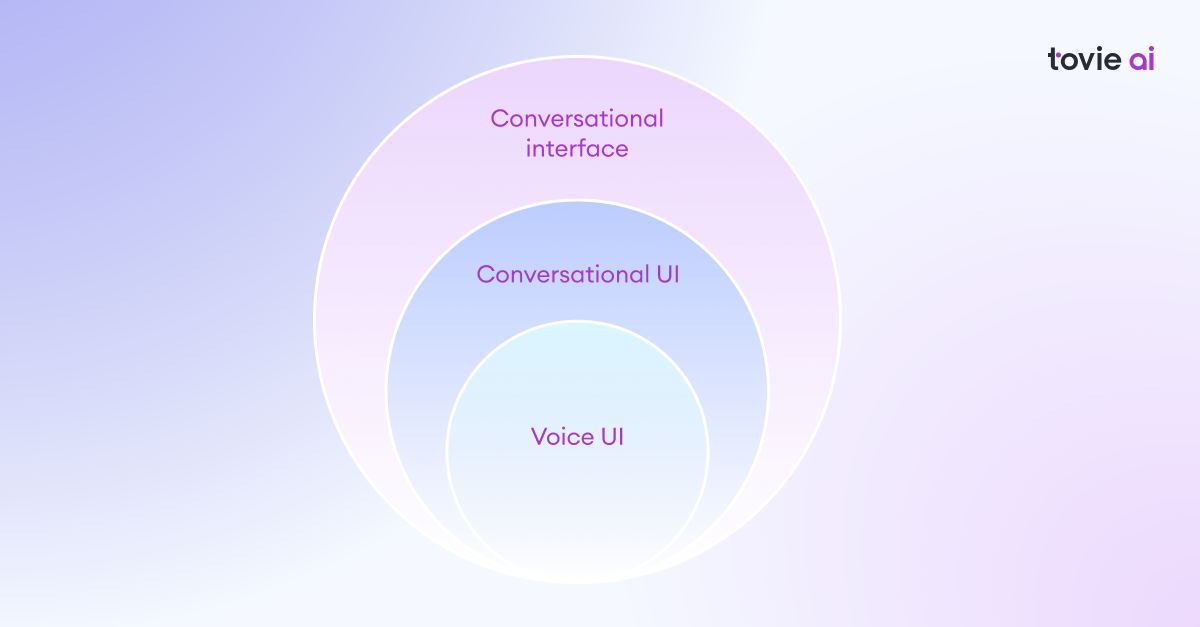 Who’s behind the chatbot UI?

Make sure conversational interfaces are a good fit for your tasks

Address this checklist from Google and tick whatever boxes feel right for you. The more boxes you tick, the greater the chance conversational interfaces are what you need:

Please, bear in mind that there are situations and venues not suited for voice-powered interfaces

2. Uncomfortable surroundings: sometimes using a voice interface is inappropriate, e.g. when users are surrounded by other people or find themselves in a place where noises are prohibited.

3. When texting is preferable: some users find it more convenient to communicate by texting and never use voice commands. In this case, you should provide text-based interfaces to them.

There can be more than one — the more you understand about the target audience, the dialogs you can create. Before you start building a script, answer the following questions:

Think about the tone of voice

How your chatbot or virtual assistant will communicate with users. Will it sound formal? Will it allow for a little chit-chat? Will it make jokes?

To define the right tone of voice, go through the resources your audience frequently visits — communities on social media, magazines, media outlets, and forums. However, when building a virtual agent for a company, make sure its tone of voice goes in line with corporate policy.

Hey, Ann! Check out our new pricing plans — there’s something cool for you!

Hello, Ann! We’d like to inform you that from 7/10/2022 our pricing plans will change. Please address the respective section of our website for more details.

Some rules help design effective dialogs, such as Grice’s Maxims. Based on the cooperation principle by British philosopher Herbert Paul Grice, these rules for making a conversation are equally important both for AI-powered voice assistants and basic Facebook Messenger bots.

Following these maxims will help you design a smooth bot flow 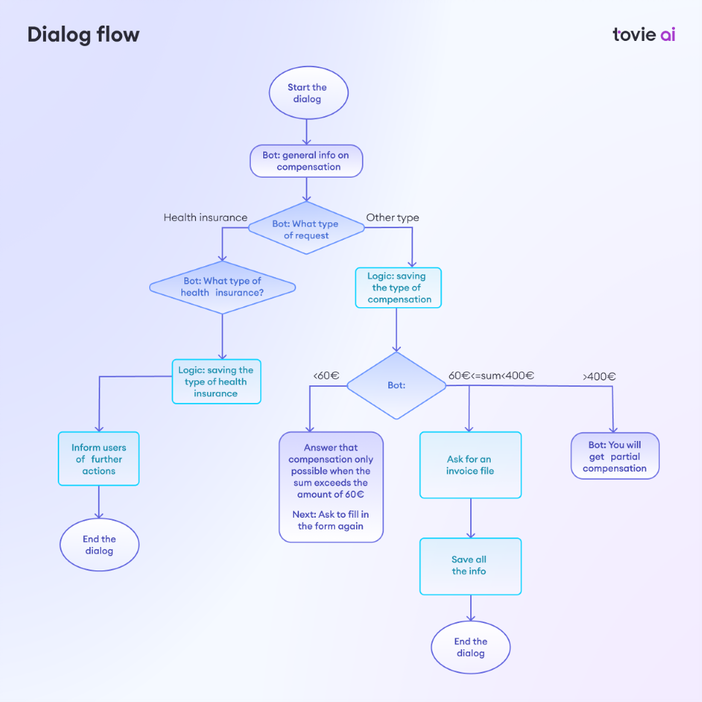 The bot script is a document that lists sequences of text or voice messages depending on user intents and choices. You need a tool like Voiceflow, Chatflow or DialogStudio to write and edit bot scripts.

Start with a happy path — a default scenario where user-to-bot interaction goes smoothly from start to finish — then think about everything that could go wrong: additional questions, clarifications, and difficulties.

Write down the detailed script

With the user path and desired tone of voice in mind, write down the detailed bot script. Once they become a piece of code, parts of this dialog will become real replicas of the conversational agent. In the example below, you can see what happens when the bot struggles to respond: 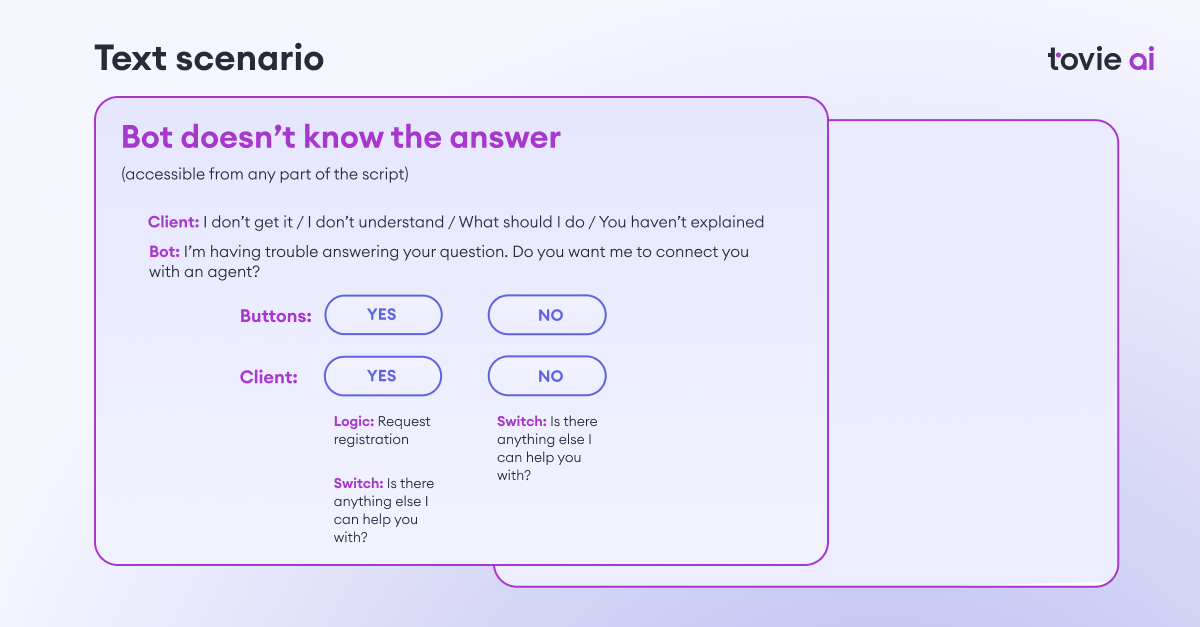 Now that you’ve done all the previous tasks, you can start designing a prototype. This way you’ll test your hypotheses, optimise navigation, and see how your text is perceived in a channel. Usually, a UX designer who specialises in conversational UI does that part.

UX design is not just about buttons, but rather emotional and sensory experiences that help solve users’ problems. Naturally, a chatbot script in a Google doc cannot deliver such experiences, so be sure to test your ideas with a good prototype.